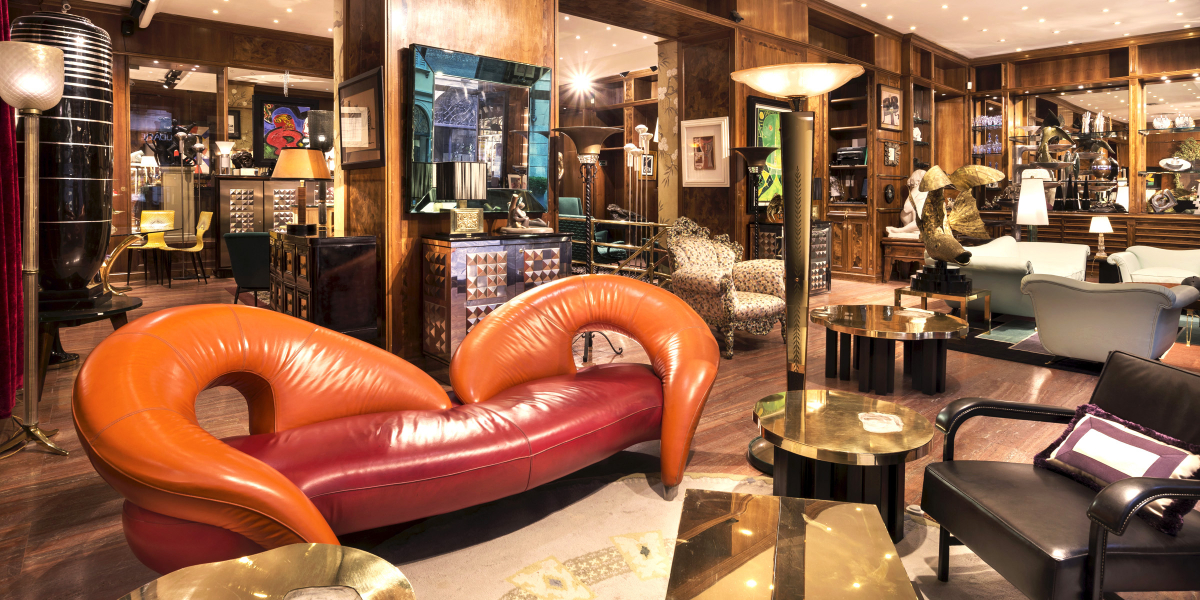 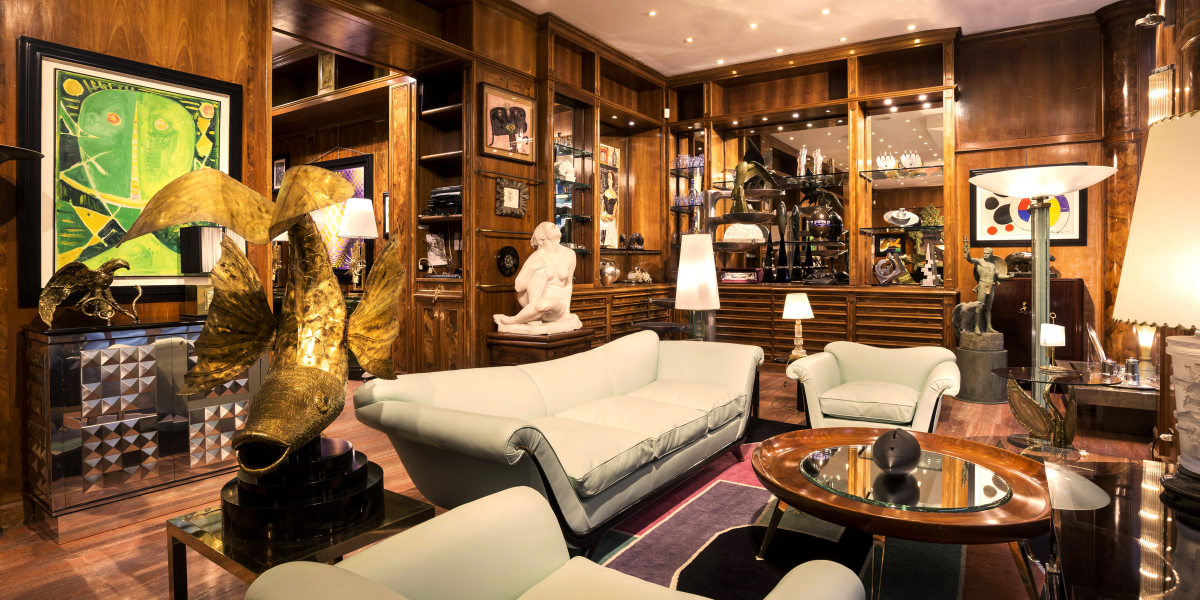 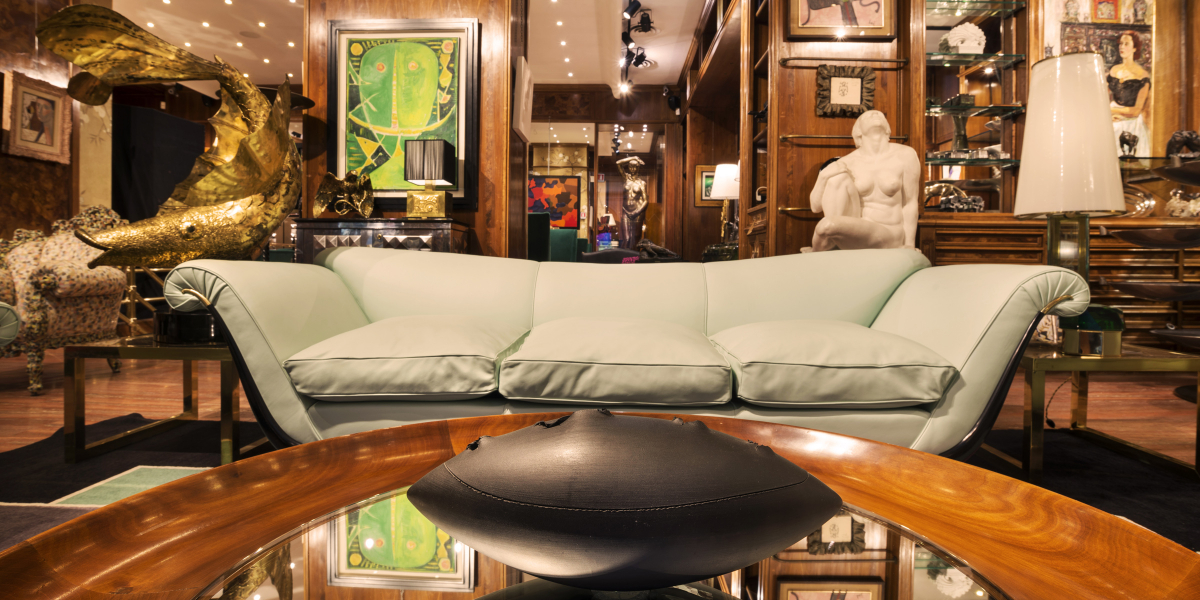 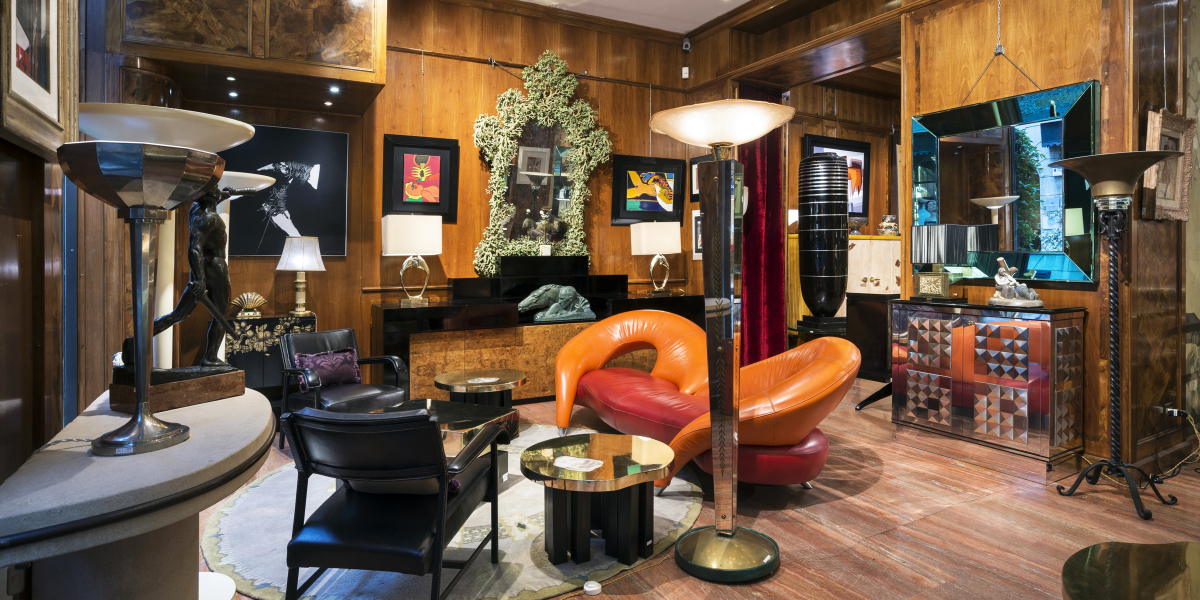 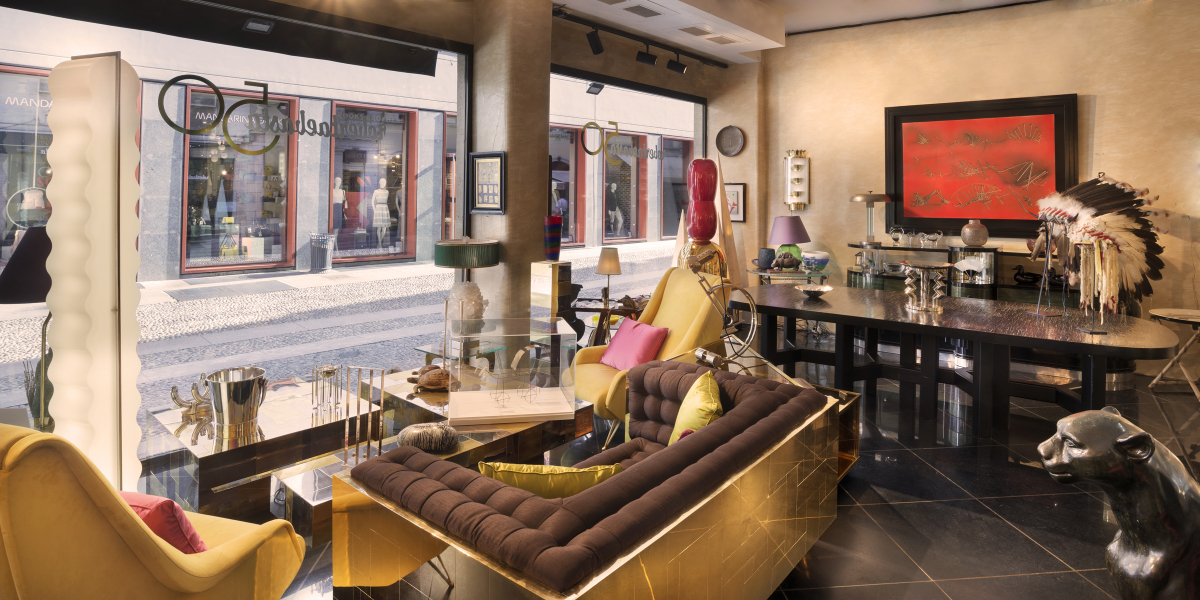 Roberta Tagliavini, the owner of the "Robertaebasta" Gallery, located at 2, Via Fiori Chiari in Milan, has been operating in the antiquarian sector since 1967, specialising in 20th Century decorative arts. Thanks to her skills, she often acts as an expert during important fairs. She has been a member of the Provincial Art Dealer Syndicate of Milan since 1983 and obtained full membership in January 1994, later becoming its treasurer. The Gallery is a member of the most important Antique dealers associations such as CINOA, FIMA, AAI (Italian Antiquarians Association), the prestigious French SNA (Syndicat National des Antiquaires) and the Chambre royale des antiquaires et des négociants en ouvres d'art de Belgique. In 1986 Robertaebasta was invited to take part in the New York International Fair, where it obtained an enormous success that still lives on today. As a consequence American customers increased in number and they include architects, interior designers and dealers. This international accomplishment paved the way to European success first, and subsequently to the entire world. In 1994, the Robertaebasta Gallery was invited to the Basel international show and TEFAF (the European Fine Art Fair), a very prestigious and selective show. This opened the doors to the German and Swiss art market. The Gallery currently successfully takes part in the following International Exhibitions: Milano Internazionale Antiquariato, Masterpiece London, Brafa (Brussels), La Biennale Paris, Biennale Internazionale di Antiquariato (Rome), Biennale Internazionale di Antiquariato di Firenze (BIAF) and Modena Antiquaria. It can provide full documentation on sold items and clients will benefit from thorough assistance, such as transport, assembly, restoration and upholstering. The gallery is so client-focused that its role is not limited to inserting a historical piece within a specific context, but it involves, if required, a complete restyling of the client’s house, through the study of ad-hoc pieces and their design, respecting the style of the house and the character of the buyer. In 1994 the management was passed on to Mr. Mattia M. Martinelli, son of Mrs Roberta Tagliavini, president of the Fiori Chiari Antique Trade Dealers. With youthful momentum, he improved and enlarged the Gallery in Via Fiori Chari, acquiring new spaces at no. 3 on the same road, in Via Solferino and Piazza Formentini. Robertaebasta opened a branch in London in 2017 at 85, Pimlico Road. Mr. Martinelli is member of the board of directors of the Brera Antique Trade dealers Association and an expert of 20th century Decorative Art for the Milan Courthouse. Robertaebasta deals in the most famous names of Art Decò and of Italian and Foreign 20th century art. These include Crespi, Gio Ponti, Borsani, Bugatti & Quarti, Lancia and Buffa concerning furniture; Venini, Barovier, Seguso, Salviati and De Paoli concerning glasses; Richard Ginori, Lenci, Gio Ponti Melandri, Chini and Nonni in the realm of ceramics and porcelain. In addition to this, Robertaebasta specialises in French Art Decò pieces, showing works signed by Lalique & Daum for glasses; Rulhmann, Leleu, Prinz and Arbus for furniture. The collection was recently enlarged with furniture, lighting, artworks, prototypes and design objects from the 1950s to the 1990s, as well as relevant modern art pieces by artists such as Scheggi, Bonalumi, Calder, Warhol, Fontana, Melotti and Burri, among others.

Robertaebasta at Brafa in the Galleries 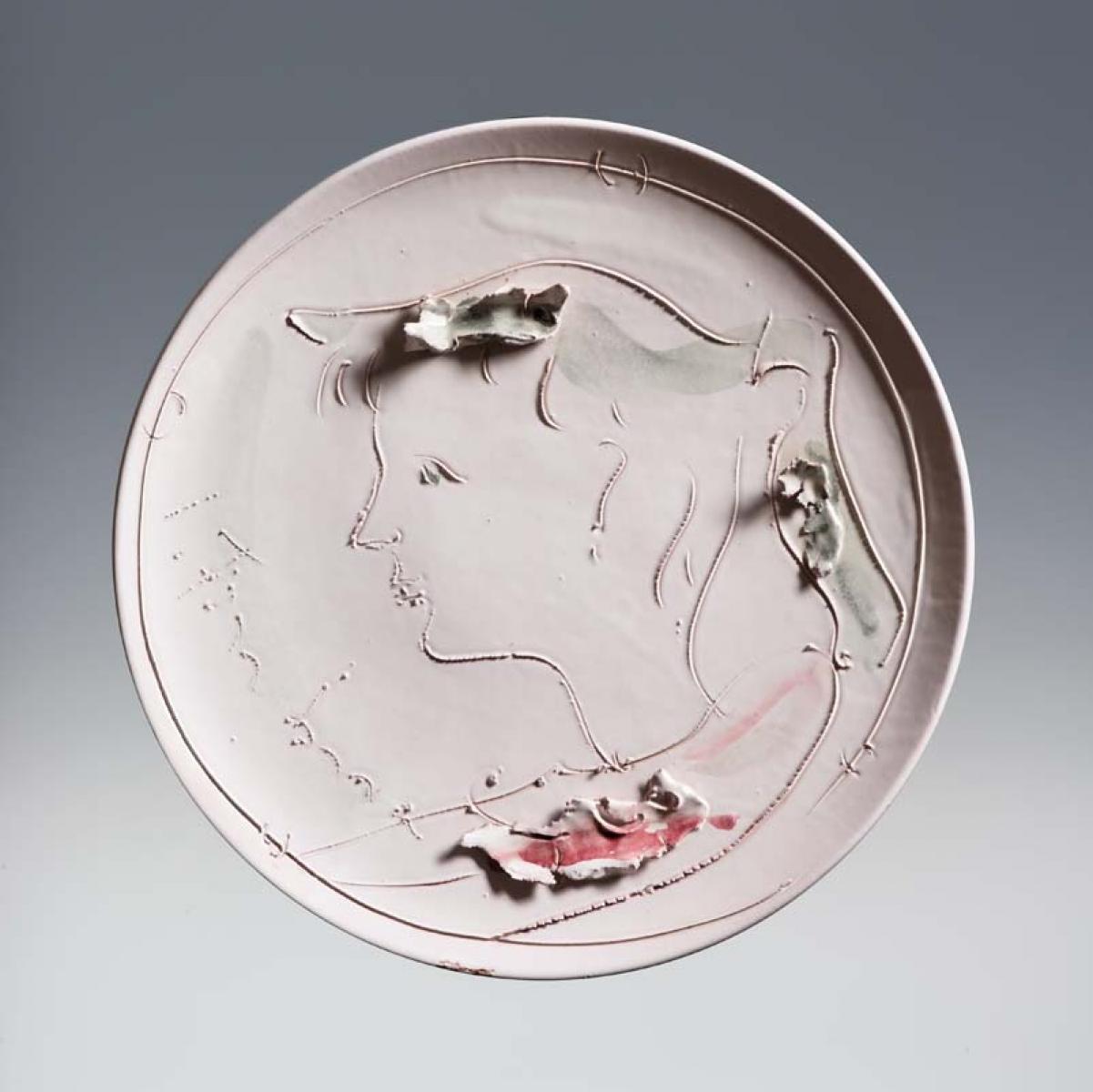 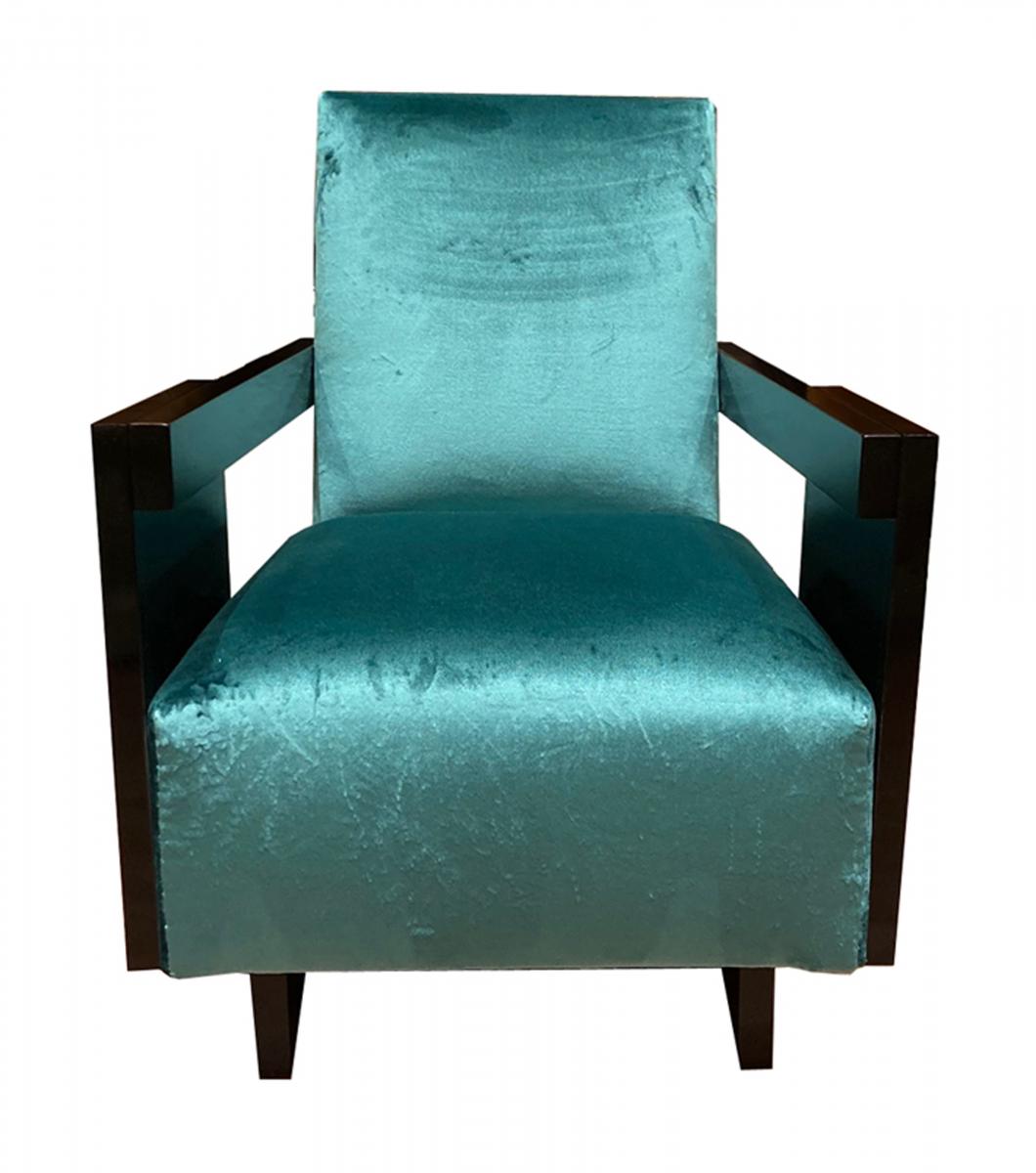 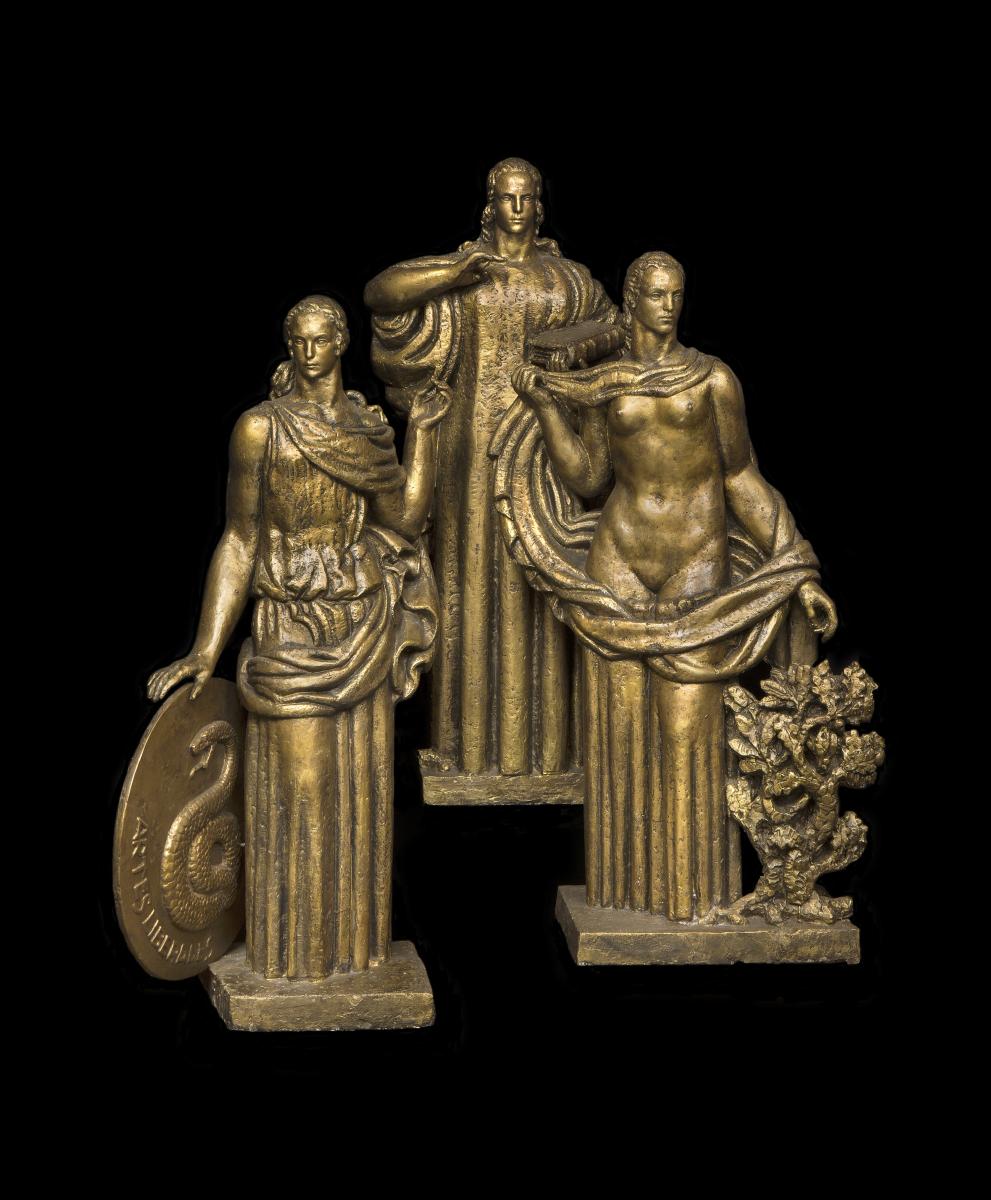 Works coming from the artist's workshop. These are unique finished pieces, dated and signed, preparatory for the realization of the great figures of Chaillot. 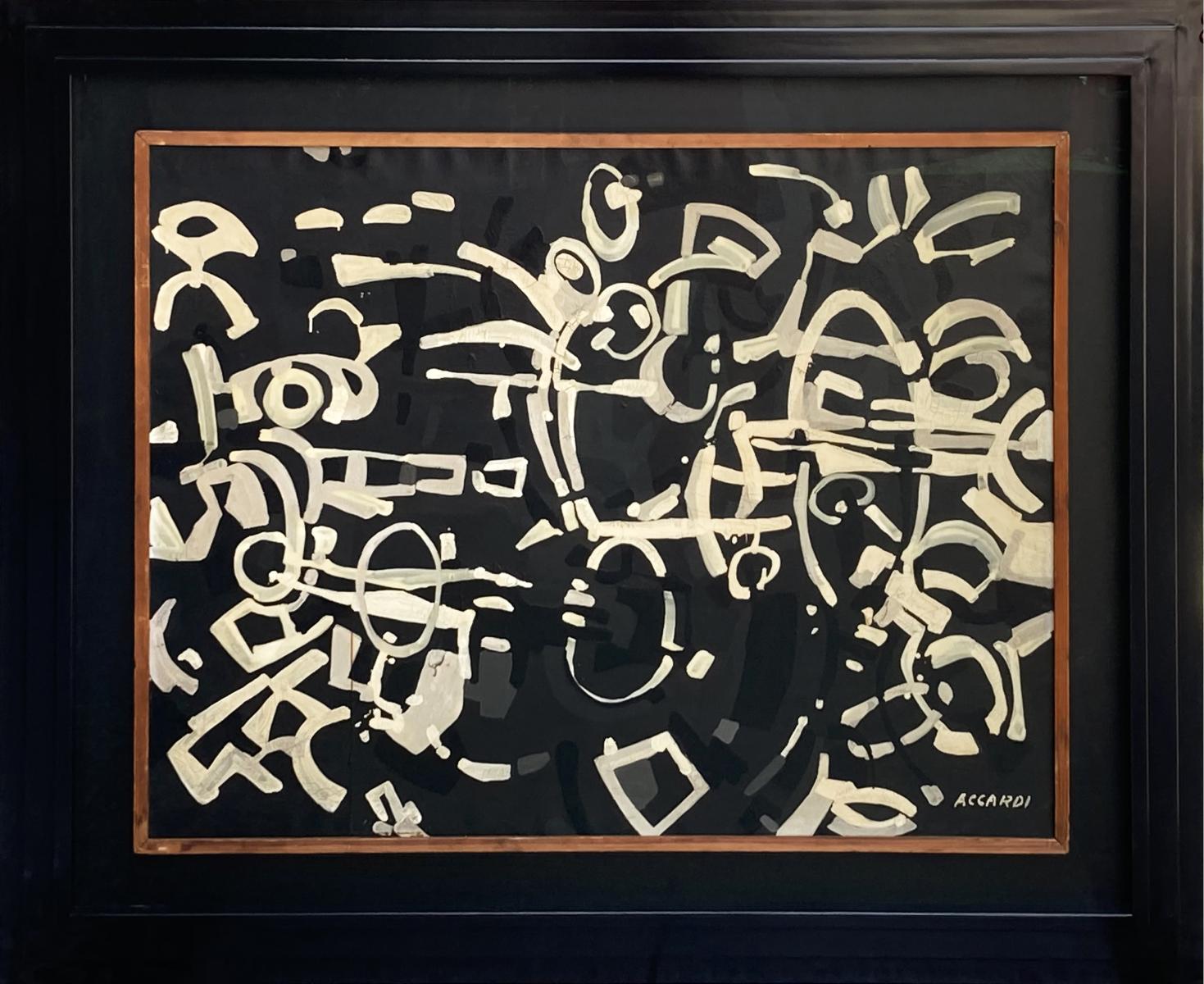 Work registered at Archivio Accardi Sanfilippo in Rome, with n° 50.