The XXIX Florence International Biennial Antiques Fair, the first edition under the guidance of Secretary General Fabrizio Moretti, closed with results significantly above forecasts. Attendance was up by 50% ca. over the last edition, with about 32,000 visitors; of these, about 4,000 attended the preview on 25 September, traditionally reserved for collectors, fine arts superintendents and directors and curators of international museums; attendance at the next day's inauguration topped 3,500.

The number of exhibitors also increased with respect to the 2013 edition to 79, including 16 from abroad, plus the 12 German antiquarians who exhibited collectively at the ‘Highlights di Monaco' stand.

The data for the entirely renovated www.biennaleantiquariato.it, Internet site were excellent, with 25,000 unique visitors registered during the exhibition period, 131,000 pages accessed, and a session time of upwards of 3 minutes (as opposed to an average 1 to 2 minutes). The users were located in 104 countries; traffic was 80% Italian and 20% of foreign origin, with Great Britain, the U.S., France, Germany and Switzerland leading. Four thousand users downloaded the interactive digital catalogue (2,800 in the Italian version and 1,200 in the English version); average reading time was 9 minutes ca. And the BIAF app was installed on more than one thousand smartphones and tablets.
Outside of the Antiques Fair period, site use reaches about 2,500 unique visitors and a page view count of about 10,000 monthly.

With this edition, the Antiques Fair consolidated its international vocation not only in terms of the greater number of authoritative foreign exhibitors but also of the increase in attendance by visitors from a number of foreign countries (U.S., United Kingdom, France, Belgium, Germany, the Netherlands, Switzerland, etc.).

The growing interest in and awareness of the role played by the Biennial on the international antiques fairs panorama stimulated the Organising Committee to strongly reinforce promotional aspects by implementing new strategies and to expand hospitality services. Thus, we had new press offices staffed by professionals with important experiences in the art market sector and inaugural events such as the black-tie opening at Palazzo Corsini, a wonderful gala evening, much appreciated by our guests, which concluded with a fireworks display on the Arno.

The programme of collateral events was also rich and varied.
On 28 September, the Fondazione Federico Zeri's round table on the Still Life, with the participation of Prof. Andrea Bacchi, Director of the Foundation; Keith Christiansen of New York's Metropolitan Museum; and art critic Daniele Benati. Moderator: Marco Carminati of Il Sole 24Ore.

On 30 September, the presentation of the volume entitled Inganni Dipinti. Trompe-l'Oeil nella Fototeca Zeri by Giulia Alberti. Speakers: Andrea Bacchi and Alessandro Morandotti.
At 6:00 pm on the same day, the round table on Uno Stato a Regola d'Arte with the participation of Dario Nardelli, Mayor of Florence; Lorenzo Casini, Legal Consultant to Minister Dario Franceschini; and art critic Tomaso Montanari. Moderator: Fabrizio Moretti.

And finally, at 11:30 am on 2 October, in collaboration with the Associazione Antiquari d'Italia, the round table on Il mercato dell'arte in Italia, risorsa non sfruttata. Un progetto di riforma. Speakers: Giuseppe Calabi of Studio CBM and Partners of Milan, who represents AAI in the Apollo2 project; Phillipe Daverio; Anna Somers Cocks. Moderator: Leonardo Piccinini.

The award ceremony was another highlight: the Lorenzo d'Oro prize was awarded to director Elisabetta Sgarbi for her outstandingly consistent intellectual commitment in the field of art documentary film; the award for the best painting, sponsored by Chiara and Ugo Pierucci, was assigned to the Galleria Porcini of Naples for the work Saint John the Baptist in the Desert by Nicolas Régnier; and the best sculpture award, sponsored by the Banca Fedrico del Vecchio, went to Giovanni Pratesi for the work San Ludovico da Tolosa by Giovanni D'Ambrogio. 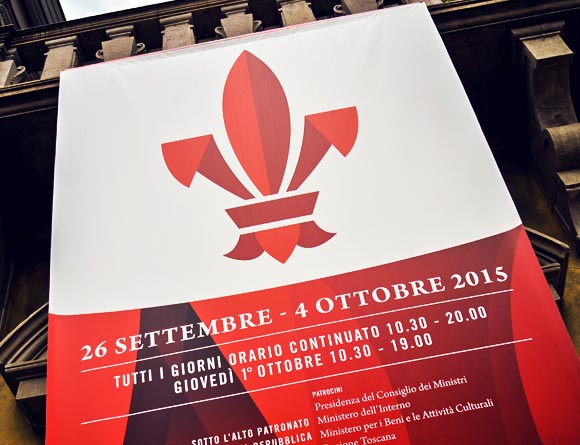 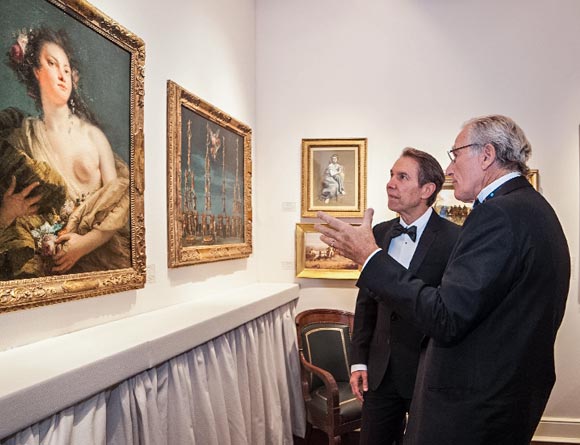 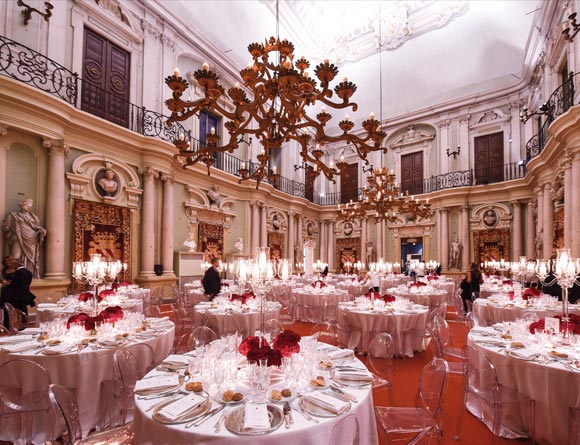 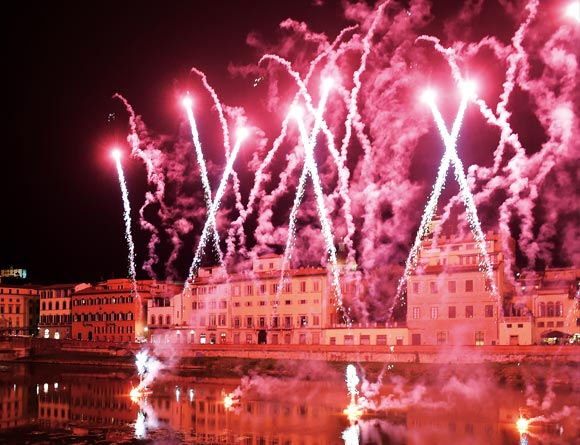 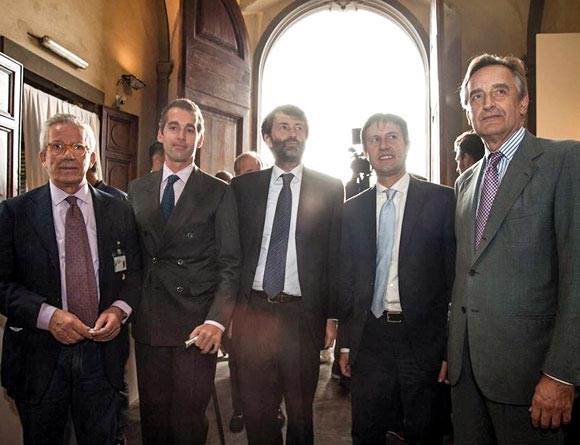 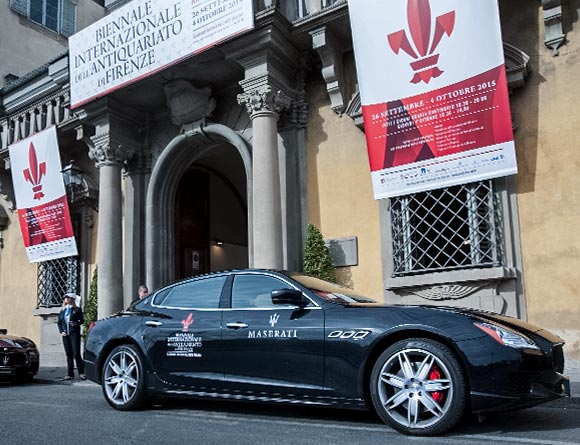 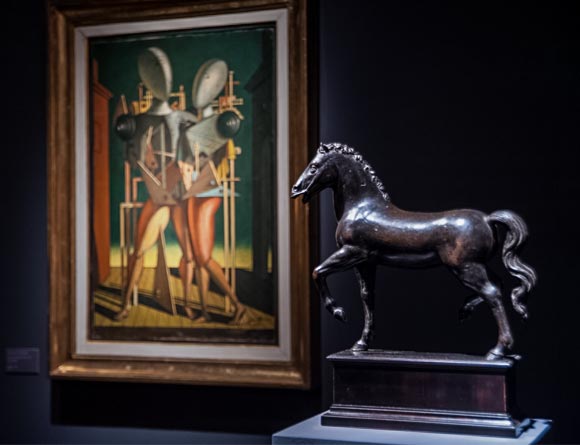 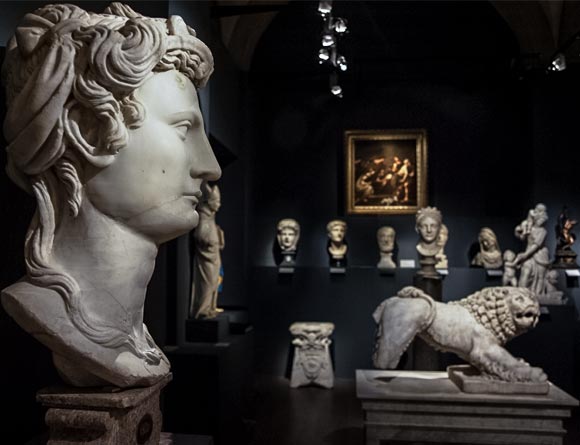 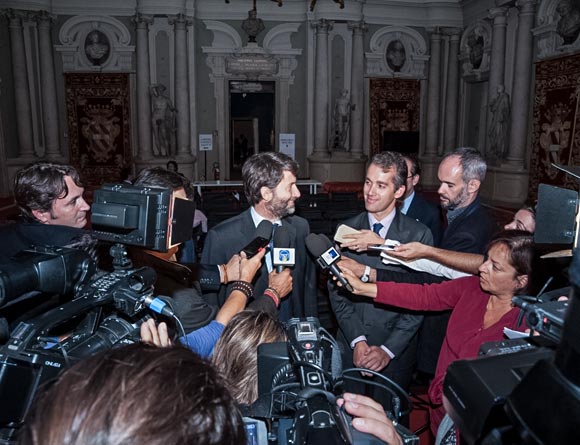